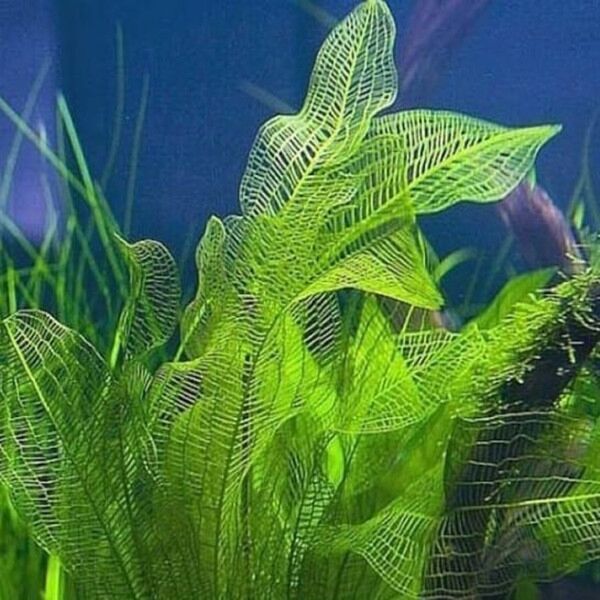 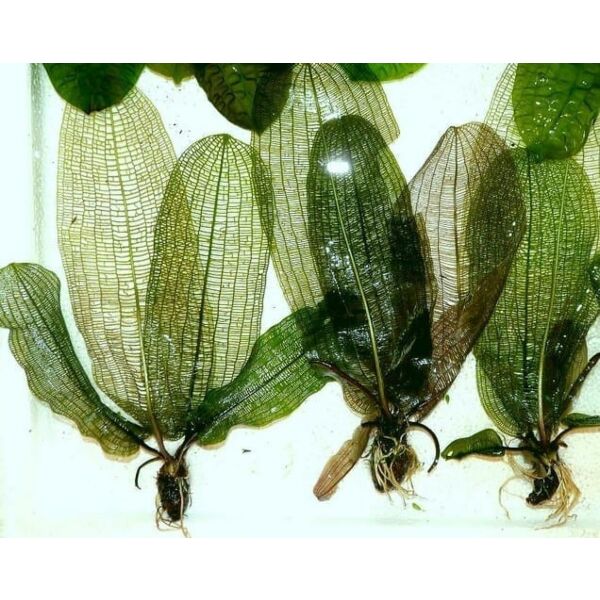 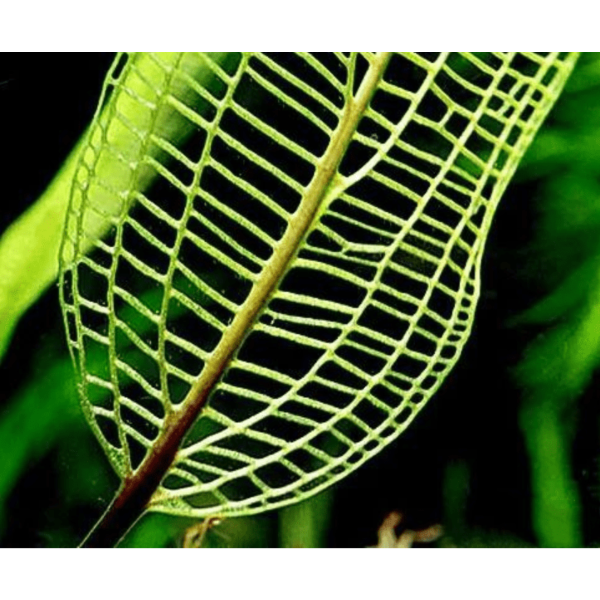 Photos are for reference only and the actual plant you receive may differ from the photos.

The Madagascar Lace Plant is considered by many to be the “holy grail” of freshwater aquarium plants.  It has long, rounded leaves that could be considered “skeletal,” resembling a web or netting.  This plant can grow to an astonishing height of over 20 inches and would easily be considered the centerpiece (plant or animal) for any freshwater aquarium.  While this is not a beginner plant, it is much easier to keep than its reputation suggests.  Much has been learned about its care requirements in recent years, which has improved hobbyists’ success with this plant.

Like many Aponogeton bulbs, the Madagascar Lace Plant must go through a “resting phase” in order to continue its life cycle for several years.  During this time it will shed most or all of its leaves.  Before this phase was understood, many people thought that their plant had died and probably threw it away.  However, when kept correctly, the plant bulb will begin sprouting new leaves a few weeks after the end of the resting phase, often growing larger and fuller than before.

While most Aponogeton bulbs must be kept cool or even out of the aquarium in a moist container, the Madagascar Lace Plant bulb should be kept submerged and half buried in the substrate.  It also has the unique requirement of higher temperatures during its resting phase.  If the substrate is kept fertile with adequate water circulation, the bulb will sprout new leaves.

Outside of its summer resting phase, the Madagascar Lace Plant requires cooler water temperatures, as well as moderate to high water flow at all times.

Write Your Own Review

Only registered users can write reviews. Please Sign in or create an account
Who Bought This Also Bought